Thanks for checking out my music page! 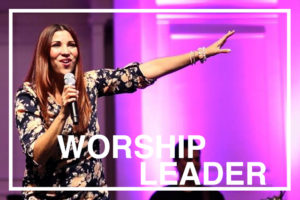 I had a blast recording the two singles featured here.

Both of these are affiliate links, which means that if you buy the songs, I get a commission at no extra charge to you. Thanks for your support!

My friend Apoc invited me to record a super fun song with him "en español" that reminds me a little of superstar Latin duo Jesse & Joy. It's called "Salvo Soy" and I hope you love it as much as we do!

"KING OF THE JUNGLE (REY PODEROSO)"

This is a song I recorded as part of The Really Really Big Christmas Show at my church, Second Baptist, in Houston, Texas. I was asked by my good friends Donnie and Jaclyn Boutwell if I could sing Donnie's song with a "samba flair" that he'd been dreaming of doing forever. I was honored! Performing and recording this was a dream for me, too!

This is what I do pretty much every week! I love singing and leading worship at my church, Second Baptist Church, Woodway Campus in Houston, Texas.

Did I FINALLY Learn to Wait?!

A Year of Dreams, Miracles and a Very Special Christmas!

Win Tickets to The Nutcracker on the Big Screen! #Ad

Did God Just Tell Me to Change Lanes?

Get Away and be Revived! ¡Avívame!

Inspiration Summer: Out of the Box!